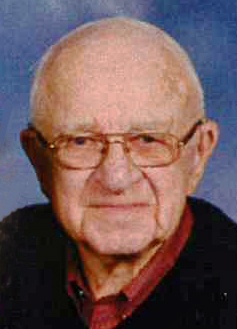 MOUNT PLEASANT - Richard "Dick" Arlan Schnicker of Mt. Pleasant was born April 8, 1930, in Burlington, Iowa, to George and Lucie (Wirt) Schnicker, the oldest of four children. He passed away on December 14, 2020, in Iowa City, Iowa, at the age of 90.
Dick is survived by his wife of 70 years, Esther (Van Klootwyk) Schnicker: daughter Vicki (Art) Sweany of Pensacola Beach, Florida; daughter Jodi (Wayne) Chestnut of Osage Beach, Missouri; granddaughter Tara (Rusty) Kroene; and great-grandchildren Parker and Mariah of Lawrence, Kansas. In addition to his parents, he was preceded in death by siblings George Schnicker Jr.,Wayne Schnicker, and Sharon Kipling.
Richard and Esther Schnicker owned and operated Dick's Donut Shop on the square in Mt. Pleasant from 1969 to 1995. In retirement, Dick enjoyed part-time employment as a truck driver for R.C. Christensen Trucking and Hunsaker Trucking.
There will be no visitation or service. The immediate family will celebrate Richard's life in a private memorial. The Olson-Powell Memorial Chapel is caring for Dick and his family.

To order memorial trees or send flowers to the family in memory of Richard A Schnicker, please visit our flower store.