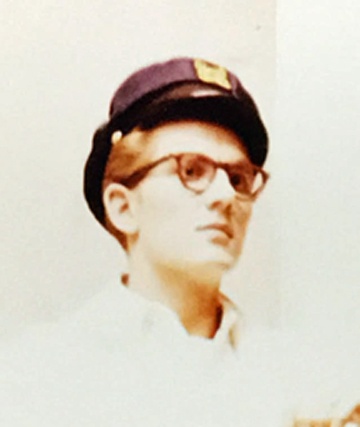 MOUNT PLEASANT - Wallace Cohen Geary, 87, died Tuesday, September 15, 2020, at the Donnellson Health Center in Donnellson.
Mr. Geary was born January 25, 1933, in Mount Pleasant, Iowa, the son of Ralph and Loraine (Gruver) Geary. He graduated from Mount Union High School, Iowa Wesleyan University and the University of Iowa. He served in the United States Air Force from 1952-1956. In 1959, Wallace was united in marriage to Betty Rae Binns in Mount Pleasant. They made their home in the Mount Pleasant community. He taught Speech, English and Drama in the Central Lee School District. Wallace was a former member of the Lion's Club and a past president of the Iowa Wesley chapter of Blue Key. He was a renowned collector of vintage radios, Wallace also collected early maps and photographs of Mount Pleasant and Henry county. Wallace has the earliest known aerial photograph of Mount Pleasant which was taken in the late 1800s.
Mr. Geary is survived by a daughter, Kaila Halling of San Diego, California; a son, Seay Geary of Mount Pleasant; 2 grandchildren: Kira and Ari Halling; and a sister, Judy Krieger of Ottumwa and a niece Katy King of Ottumwa. He was preceded in death by his parents, his wife, a son Sean Geary, 2 brothers: Jack Geary, Jim Cox; and a sister Colleen Geary.
Mr. Geary has been cremated and there will be no services. Inurnment will be in the Forest Home Cemetery in Mount Pleasant. The Olson-Powell Memorial Chapel is caring for Mr. Geary and his family.

To order memorial trees or send flowers to the family in memory of Wallace C Geary, please visit our flower store.