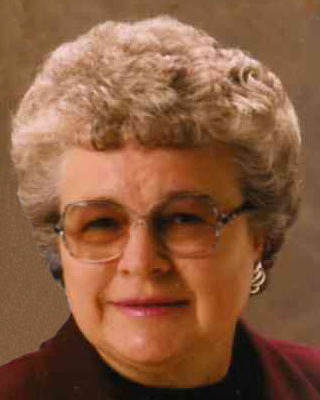 Wanda was born May 12, 1934, near Trenton, Iowa, the daughter of Ray and Imal (Norton) Rich. She attended country schools, Elm and Eagle, through 8th grade and graduated from Mount Pleasant High School. During high school Wanda worked at Van’s Lunch Box and enjoyed her lifelong love of music by playing cornet in the high school band. After graduation she worked at the Mount Pleasant Telephone Co., REC, Iowa Ordnance Plant, and later at the Mental Health Institute and Employees Training Center as a secretary for 36 years, retiring in 1996.

Wanda married James Hatch on December 26, 1951. They lived on a farm north of Mount Pleasant for approximately 40 years. During this time and after retirement, Wanda became a member of the Mount Pleasant Rhythm Rockers. She formed a country band called “The Scrubs” and enjoyed playing keyboard and singing with friends.  She was a member of the Trenton Methodist Church.

She is survived by her son Randy James Hatch of Norwalk; and a sister Ardith Rump of Burlington.  Also surviving are a sister-in-law, Martha Queen and many nieces and nephews. She was preceded in death by her parents, her husband on August 10, 2008, a brother, Melvin (Beryl) Rich; two sisters, Merna (Chuck) Simmons and infant Thelma Lorene.

Funeral service will be held 1:00 pm, Tuesday, September 6, 2022, at the Olson-Powell Memorial Chapel, with Rev. Jeff McPheron officiating. Burial will be in the Forest Home Cemetery. Visitation will begin at 9:00 am until service time, the family will not be present. In lieu of flowers, memorial funds have been established for Trenton Methodist Church and EveryStep Hospice.

To order memorial trees or send flowers to the family in memory of Wanda M. Hatch, please visit our flower store.