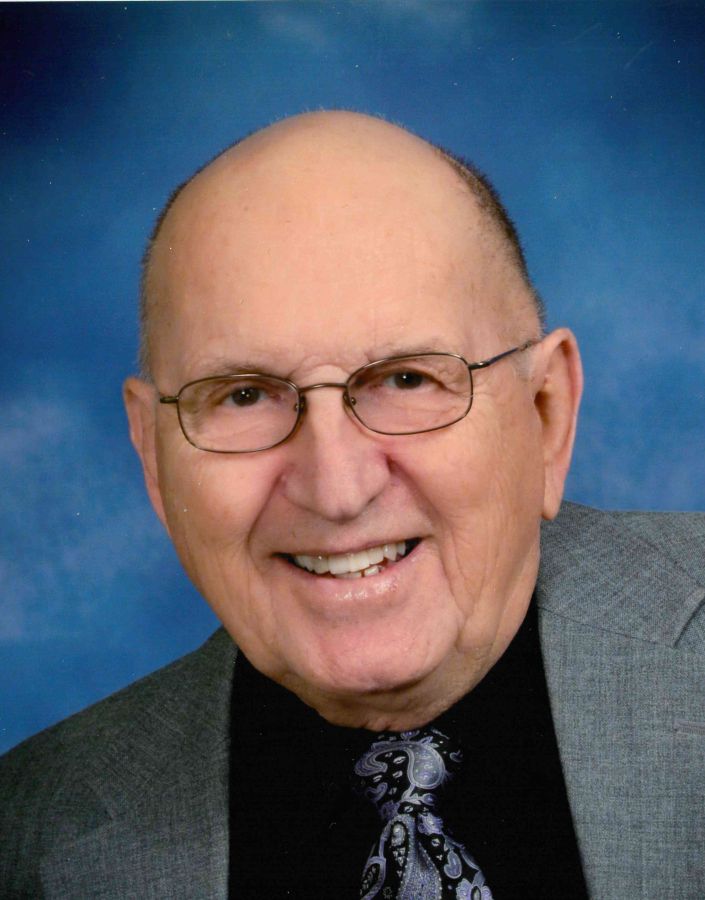 Washington- Herbert Lee Yoder was born June 8, 1929, in West Liberty, Ohio. The son of D. Leonard and Mollie (Kauffman) Yoder. Herb graduated from Goshen College with his B.A., attended Seminary in Elkhart IN, and graduate study at Indiana University.

He was united in marriage to Dorothy Koehler February 14, 2006. Herb ended ministry as visitation pastor at Washington United Presbyterian , Washington IA. They made their home in Washington. DK was an encouragement to Herb in his later ministry years. His total ministry was 70 years.

Herb enjoyed woodworking, electric trains, warm weather, being outdoors, and spending time with family. He passed away suddenly, Tuesday, January 5, 2021 in Washington County Hospital at the age of 91 years.

He was preceded in death by his parents; his brother, Dean B. Yoder; one grandson, Keith Lane; two great granddaughters, Elizabeth Ann Eberly and Violet James Swartzendruber; and a step-son-in-law, Mike Seibert.

You had such profound influence on children and my parents. Go with be with Jesus now. Good and faithful servant.!!!

Dorothy and family- I send my heartfelt sympathy for your great loss. I met Herb but did not have the privilege of getting to know him. I understand, that was unfortunate. His legacy will continue through the many lives that he touched for Christ Jesus. Thank you for being a positive role model in my life. Seems like many years ago that I served as your "flower girl" when you and Louie wed or when your family sat in the row behind my family at church each Sunday. If I am not mistaken, you were usually not sitting with them as you served for years as the organist. Later, I did some babysitting for three of your children. I felt so important in that you trusted me to do that. Thank you, also, for your leadership in the Mary Julia Society for young women. Those are fond memories. And finally, you served as organist at my wedding in 1966. May God continue to protect and provide as only he can. Rosemary (Koehler) Pierrot

Sonia and family. So very very sorry to hear of your father passing. Prayers and Blessings to your entire family. Keith and Cindy Dickel

Cindy and family: We are so sorry to hear of your father’s death. You and your family have our deepest sympathy. God Bless! Lynn and Helen Slemmons

SO shocked to read this obituary today....you are going to be missed by DK and so many family members and friends...Will so miss your humor and conversations...you have left so many memories..especially our TRAVELING together memories like a wedding u performed on our Branson trip..another time you did communion on the bus after we visited a Branson winery....our TRIPS will not be the same without u on Board...SINCERE thoughts and prayers plus huge Hugs are being sent for DK and your family💗

Oh Herb. Our wonderful friend!!!! You are loved by so many. We will miss your humor, smiles, wisdom, friendship and love. Guess God needed a new comedian to spice up Heaven. PS...Herb, you promised to preach at MY funeral. Now what will I do? Love to DK and your family!!!! Myrna Joy and Gary Wenger

The attached photos are added to the memorial of Herbert Lee Yoder to help share their legacy.

Thank you for sharing your memory of Herbert