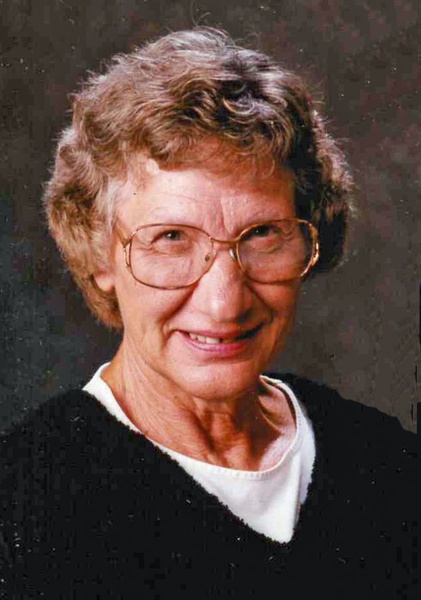 Dorothy Neil, 89, formerly of Swedesburg, passed away Sunday, May 16, 2021 at Solon Care Center in Solon.
She was born January 16, 1932, in Henry County Iowa, the daughter of Andrew and Georgiana (Page) Canby. She graduated from Olds High School in 1949, and attended Iowa State University. Dorothy was united in marriage to Edward Neil on September 24, 1950, at her family home. They spent 69 wonderful years together before Ed's passing in 2019. The couple made their home in Swedesburg, where Dorothy was a homemaker and cook at WACO Schools. In her later years, she worked at the Swedesburg Heritage Museum and volunteered at Old Threshers. She has lived in Solon for the past one and a half years. Dorothy enjoyed painting, gardening, flowers, sewing and spending time with her family.
Dorothy is survived by six children; Terry Neil of San Francisco, CA, Deena (Kip) Foss of Solon, Edwina (Greg) Brenneman of Swisher, Joy (Loren) Hirschy of Dubuque, Jennifer (Terry) McElhinney of Crawfordsville, Tate (Brenda) Neil of Silverthorne, CO; 14 grandchildren, 21 great grandchildren and sister Graceanna Fort of Pleasantville.
She was preceded in death by her parents, husband Ed, brother Roger Canby and son-in-law Reggie Neil.
Funeral service will be held at1:00 p.m. Friday, May 21, 2021, at the Olson-Powell Memorial Chapel in Mt. Pleasant with Pastor Loren Hirschy officiating. Visitation will be held 11:00 a.m. until service time. Burial will follow in the Friends Cemetery in Winfield. A memorial fund has been established. The service will be livestreamed on Powell Funeral Homes Facebook page and at our website. The Olson-Powell Memorial Chapel is caring for Dorothy and her family. www.powellfuneralhomes.com

To order memorial trees or send flowers to the family in memory of Dorothy Neil, please visit our flower store.