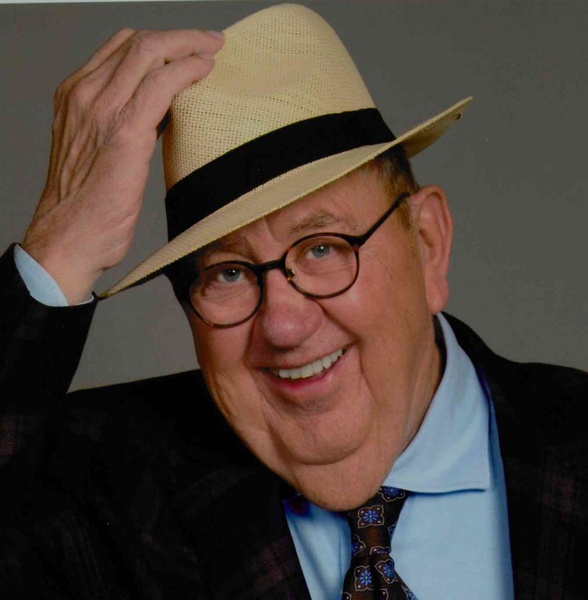 Jerry Dean "J. D." Schimmelpfennig, 79, of Mount Pleasant, Iowa, passed away on February 12, 2021 after a courageous battle with Alzheimer's. He was born on May 29, 1941, in Sigourney, Iowa, the son of Vernie and Dorothy (Conklin) Schimmelpfennig.

J. D. was a 1959 graduate of Sigourney High School and a 1963 graduate of Iowa Wesleyan College, where he was a member of the football team and Phi Delta Theta fraternity. He received his master's degree from Northeast Missouri State in 1973 and attended Harvard University's Entrepreneurial Program in 1976.

On August 17, 1963, J. D. was united in marriage to his soul mate, Kathleen Grandall, in Elmhurst, NY, and was a devoted husband for 57 years. Four sons were born to this union, Tad, Matt, Joe, and Sam.

Schim began his career as a teacher and coach in Keosauqua from 1964-1967, where he positively impacted the lives of many students and players. After teaching and coaching, he worked as a stockbroker at Arnet-McCabe. In 1974, Schim applied his passion for innovation and started his first company, Homefoamers. It became one of the largest home insulation businesses in the country. In 1977, he was honored with the Iowa Small Businessman of the Year award and was national runner-up. In true Schim fashion, he pursued the challenge of starting yet another business in 1981, Lomont Molding. Schim and Kathy poured their heart and soul into building and growing the business from the ground up over 33 years, employing many people in Southeast Iowa. Lomont was eventually sold to a private equity firm in 2014. As an exemplary entrepreneur, Schim's extensive success was credited to his tenacity, work ethic, and diligence.

In Mount Pleasant, Schim's name is commonly recognized as a successful businessman, but also as a generous contributor and supporter of the community. While his sons were young, Schim volunteered his time coaching numerous sports and continued supporting youth athletics after they were grown. He also dedicated his time and wisdom serving as Chamber President, a 13-year Board of Trustee member at Iowa Wesleyan College, and was a faithful member of the First Presbyterian Church. Schim and Kathy were recipients of the Citizen of the Year award in 2013, in recognition for their devotion and service to the community. His servant's heart, quick wit, and infectious smile made him all the more admirable.

As "Papa" to his 11 grandchildren, his legacy will live on as an extraordinary patriarch, who by example, instilled in his children and grandchildren the value of hard work, perseverance, and fortitude. Papa enjoyed watching his grandchildren play sports, teaching them how to play chess, laughing through games of Old Maid, trips to Dairy Queen, sharing family stories and home-cooked meals around the table, special trips to New York City with each grandchild, and numerous family vacations throughout the years.

Schim relished in leisurely drives in his convertible with Kathy...his bride, best friend, and co-pilot. They enjoyed antiquing, summer days boating on the Mississippi, a bucket list trip to Italy, cooking meals together, attending Hawkeye athletic events, and giving back to their community. His mornings were spent with some of the best friends a guy could ask for, sipping coffee, keeping up on the latest news, and doing life together.

J. D. was preceded in death by his parents and in-laws.

Visitation will take place without family present on Saturday, February 20, 2021 from 10 a.m. to 3 p.m. at Olson-Powell Memorial Chapel in Mount Pleasant. A private Celebration of Life service for the family will take place with Pastor Hegar at 4 p.m. The service will be livestreamed at Powell Funeral Homes Facebook page and at www.powellfuneralhomes.com.

In lieu of flowers, memorials can be directed to First Presbyterian Church, Mount Pleasant Athletic Boosters, and Iowa Wesleyan University.

To order memorial trees or send flowers to the family in memory of Jerry D. Schimmelpfennig, please visit our flower store.