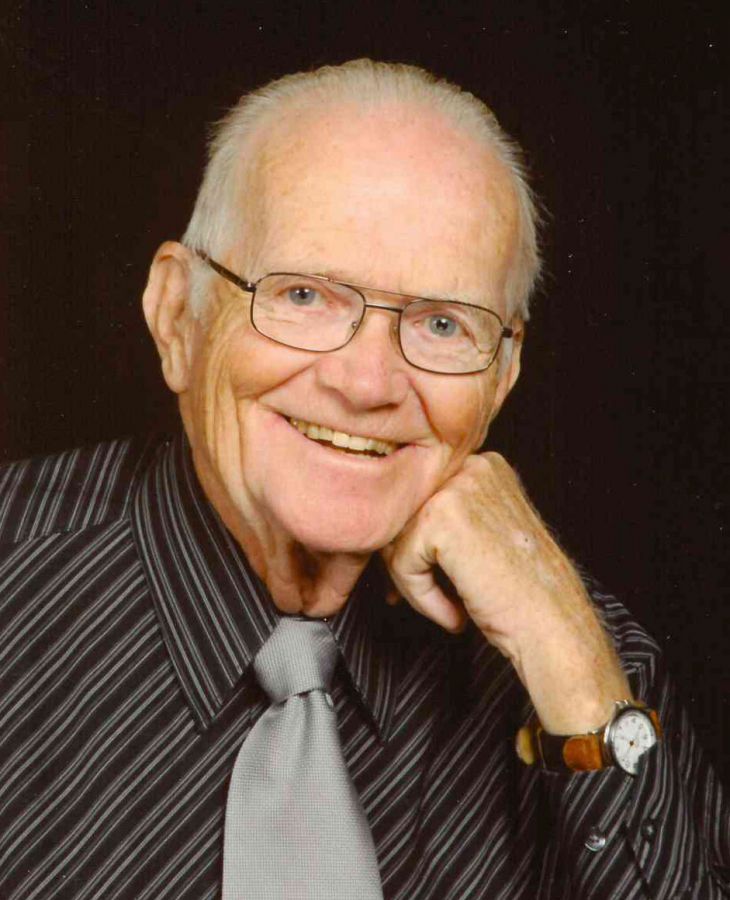 A Celebration of Life service for Ken will be held on Saturday, August 21, 2021, at 2:30 pm at the First Presbyterian Church in Mount Pleasant, Iowa. A gathering in the fellowship hall will follow the service.

Ken was born December 14, 1930, in Burlington, Iowa, the son of Lloyd and Sally (Penn) Barker. He graduated from Burlington High School and Northeast Missouri State Teachers College and received his master's degree in Speech Language Pathology. In July of 1983 Ken was united in marriage to his wife, Verla.

He served in the United States Navy during the Korean War as a high-speed Morse Code Operator. He would reminisce about being able to eat a sandwich, read a book, and transcribe incoming Morse Code messages all at the same time. He could spell your name in Morse Code upon demand.

Ken was on the track team in college and maintained a passion for running for decades. Ken enjoyed fishing, reading and was an avid Iowa Hawkeyes fan. Ken loved acting and singing and was in several local plays and musicals. He was a member of the First Presbyterian Church in Mt. Pleasant.

Ken was a Supervisor of Speech Language Pathology for Great River AEA and later was the Site-based Facilitator for the Mt. Pleasant AEA satellite office. He was a member of the Iowa Speech-Language-Hearing Association and a Fellow of the American Speech-Language-Hearing Association, receiving a Certificate of Appreciation for a significant contribution to the field of Speech Language Pathology.

Ken was known as a kind and generous person with a great sense of humor. He also had a heart for animals and the strays in the area seemed to spread the word. He was very proud of his grandchildren and celebrated their achievements. He cherished time with his family.

He was preceded in death by his parents; two brothers, Gilbert Barker and Lisle Barker; and a sister, Dorothy Doyle.

Visitation will be held from 1:00 - 6:00 PM Thursday, January 28, 2021, at the Olson-Powell Memorial Chapel in Mt. Pleasant. A private family graveside service will be held in the Oakland Mills Cemetery. A memorial fund has been established for the First Presbyterian Church.

To order memorial trees or send flowers to the family in memory of Kenneth D. Barker, please visit our flower store.