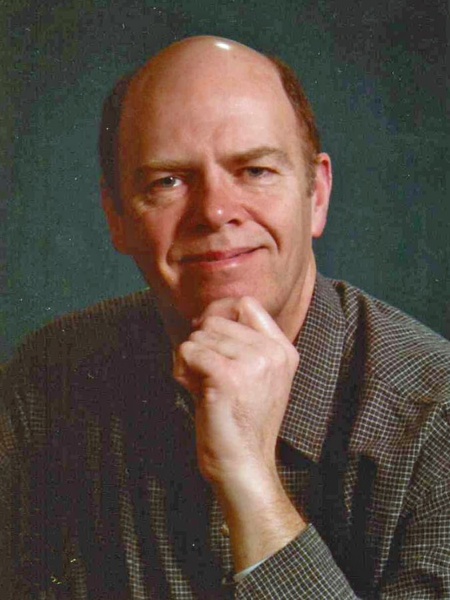 MOUNT PLEASANT - Randy L. Wright, 60, of Mount Pleasant passed away peacefully on Friday, July 2, 2021 at his home.
Randy was born January 2, 1961 in Macomb, Illinois the son of Richard "Bill" and Mary (Bennett) Wright. Beginning in high school Randy worked at K-Mart and was promoted a few years later to manage the Automotive/Sports Department in Creston and later Ottumwa. He then worked at Union Supply in Burlington where he was injured by flying window glass when the ADM elevator exploded. Randy later worked at Jim Baier Ford in Fort Madison for 4 years before becoming the Automotive Parts Manager at Shottenkirk in Mount Pleasant. Eventually Randy was made manager of the parts department at the newly built Burlington Superstore. In total Randy worked for the Shottenkirk organization for 26 years until his recent melanoma diagnosis.
Randy was a graduate of Dallas City High School where he played basketball and held the career rebounding record for 13 years. Randy played against and mentored following generations of high school players for many, many years. Randy earned a certificate in the field of electronics at SCC in Burlington. Having accepted Christ as his Savior in 5th grade Randy remained a follower all of his life. He was a member of Calvary Baptist Church in Mount Pleasant for 23 years, serving as an usher for the majority of that time. He also loved volunteering in the church nursery for 16 years.
Randy was an avid bicyclist and promoter of bike safety. He served as president and vice president of the Henry County High Wheelers and as president of Bike Burlington for many years. Many of his fondest memories are of riding with friends and his son. He earned the nickname "Hill Killer" for being such a strong and fast climber. The long list of rides he participated in include: Ride the Rockies (5x), RAIN (3x), RAGBRAI (8x), TOMRV (20x). He rode several other annual rides nearly every year, including: "Ride the Sheriff Out of Town" in Hancock, IL, Mississippi River Ride, Don Thompson Memorial Ride, CRAMP Ride, and Bike Van Buren. Randy also volunteered and helped organize the Snake Alley Criterium for nearly 30 years.
Randy loved to support high school athletics, watching many sports in Dallas City, Mt. Pleasant and Clear Creek-Amana over the years. He also had season tickets to Hawkeye wrestling and was a fan of the Cubs, Bulls, Hawkeyes and Duke Blue Devils.
Randy met his wife, Becky Lillard, in an adult Sunday School class and married her a few months later, on July 11, 1981. He welcomed Becky's daughter, Elizabeth, as his own that day. Two years later he celebrated the birth of their only son, Isaah.
Randy is survived by his wife, Becky; son, Isaah (Angie) Wright; 4 grandchildren: Brianna Hicks, Mallory, Mason, & Karson Stanfield; 2 great-grandchildren: Lane and Lyndi; 7 siblings: Joyce (Paul) Roberts of Carthage, IL, Carmen (Doug) Coyle of Holly Springs, GA, Crystal (Carl) Mittelhauser of Cocoa, FL, Roland (Rachel) Wright of Kenney, IL, Rick Wright of Dallas City, IL, Robin Wright of Chicago, IL, Cheri (Brad) Schnedler of Kingston, IA; 17 nieces, 11 nephews, 24 great-nieces, 30 great-nephews, 5 great-great-nieces, 9 great-great-nephews, many biking brothers & sisters and his best fur buddy, Bubba. He was preceded in death by his parents, a daughter, Elizabeth, 2 sisters, and a niece.
A Memorial Service will be held at 10:30 am Wednesday, July 7, 2021, at Calvary Baptist Church in Mount Pleasant. Burial will be in the Harris Cemetery in Dallas City, IL. Visitation will be held from 6:00 - 8:00 pm Tuesday, July 6, 2021, at Calvary Baptist Church. A memorial fund has been established for the Mount Pleasant Dog Park and the Henry County Bike Trails. The Olson-Powell Memorial Chapel is caring for Randy and his family. www.powellfuneralhomes.com Wri

To order memorial trees or send flowers to the family in memory of Randy L. Wright, please visit our flower store.